Why are there scarves in the trees on West Street?

Note: This story originally ran January 2022. In 2023, the Naptown Knitters hung 226 pieces of clothing on West Street compared to 153 in 2022. Read all the way to the bottom to see how you can help next year.

I woke at 6:15 AM on Saturday, January 8th. That's a bit early for a Saturday—especially having gone to bed at 12:30 that morning. So I lazily laid there and happily thought of my schedule. Nothing but late morning pickleball and a friend's birthday dinner at Boatyard Bar & Grill. Back to sleep... WAIT NO! That morning was the annual Hanging of the Scarves. And I almost missed it. 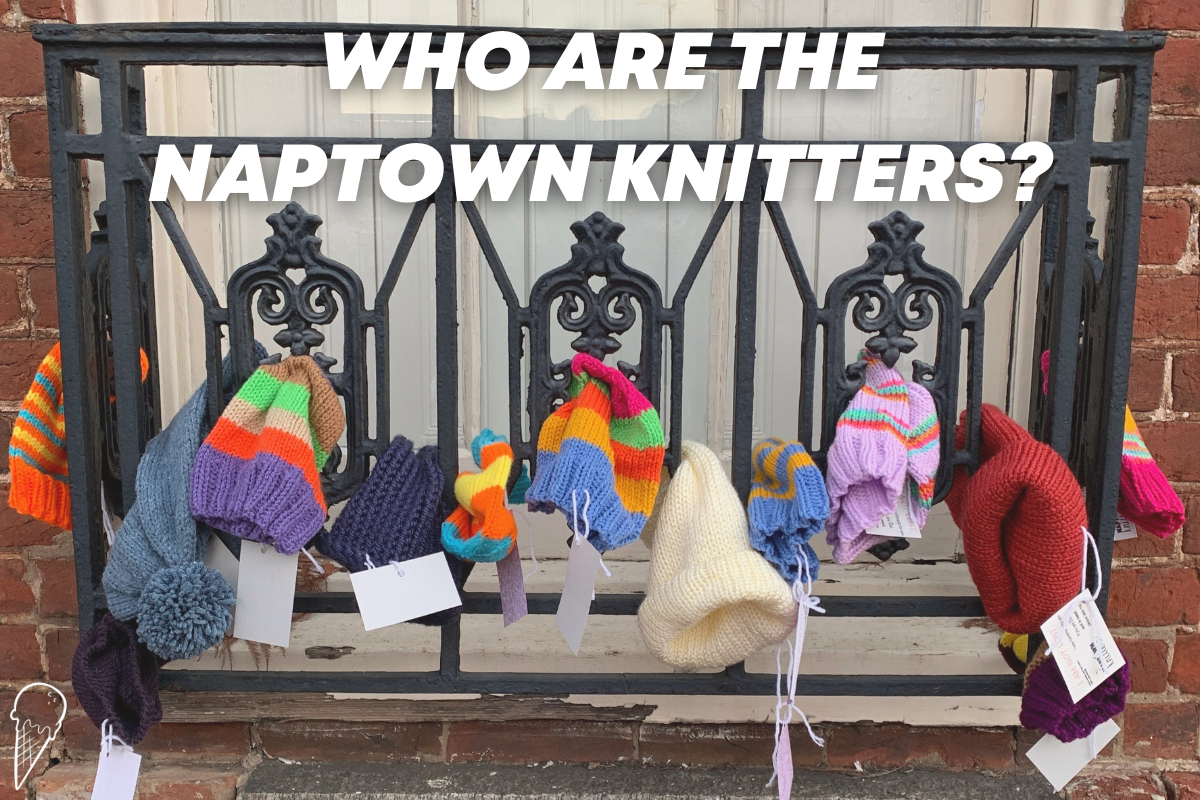 Every year in January, a kind and hardy group of Annapolitans wakes up early, heads to West Street, and hangs dozens of hand-knitted warm clothes all over the street. These people are the Naptown Knitters.

When I arose, my phone informed me it was 21ºF. Maybe the Knitters would cancel because it's too cold... I'd been invited via email weeks prior but didn't confirm the night before like I usually do. But then I thought about it.

If I were doing a project where the goal was to get warm clothes to people in need, how would I feel if I skipped out because it was too cold. I decided the Knitters would be there.

They were. And they said no matter which they day pick, it's always one of the coldest days of the year. What's that famous axiom? No good deed goes unpunished...

Who takes this stuff?

As you can see from the tag above, this stuff is meant for the cold and in need. The heart behind this project is making warm clothes for Annapolitans who can't afford them. That can be embarrassing. So the Knitters like to leave as soon as the hanging is done. With 5 people, it only took 25 minutes to hang 155 pieces.

The Knitters said every one is usually gone by 10 AM.

Who makes this stuff?

Hanging all the clothes may take about 30 frigid minutes. But it's the culmination of an entire year of hard work.

Dozens of people—from Arnold to Edgewater—spend their own time and their own money on yarn to make these clothes. They'll never be thanked. They don't get a tax deduction. It's a plain and simple, no strings attached gift. Although some of the beanies had pom-poms attached...

Two organizations partner with the Naptown Knitters as drop off points to make this happen.

How can you get involved?

The Knitters don't have much of a digital presence. So we made a form where you can give us your contact info to pass on. We will only share your information with the Naptown Knitters. We collect it though an encrypted form software called Typeform. Your privacy is a very serious matter.

Volunteer to knit or hang this year!