The Fourth of July is always a special holiday. There's really nothing quite like watching the fireworks over Annapolis Harbor. We can't wait to do things a little different this year with an evening parade! 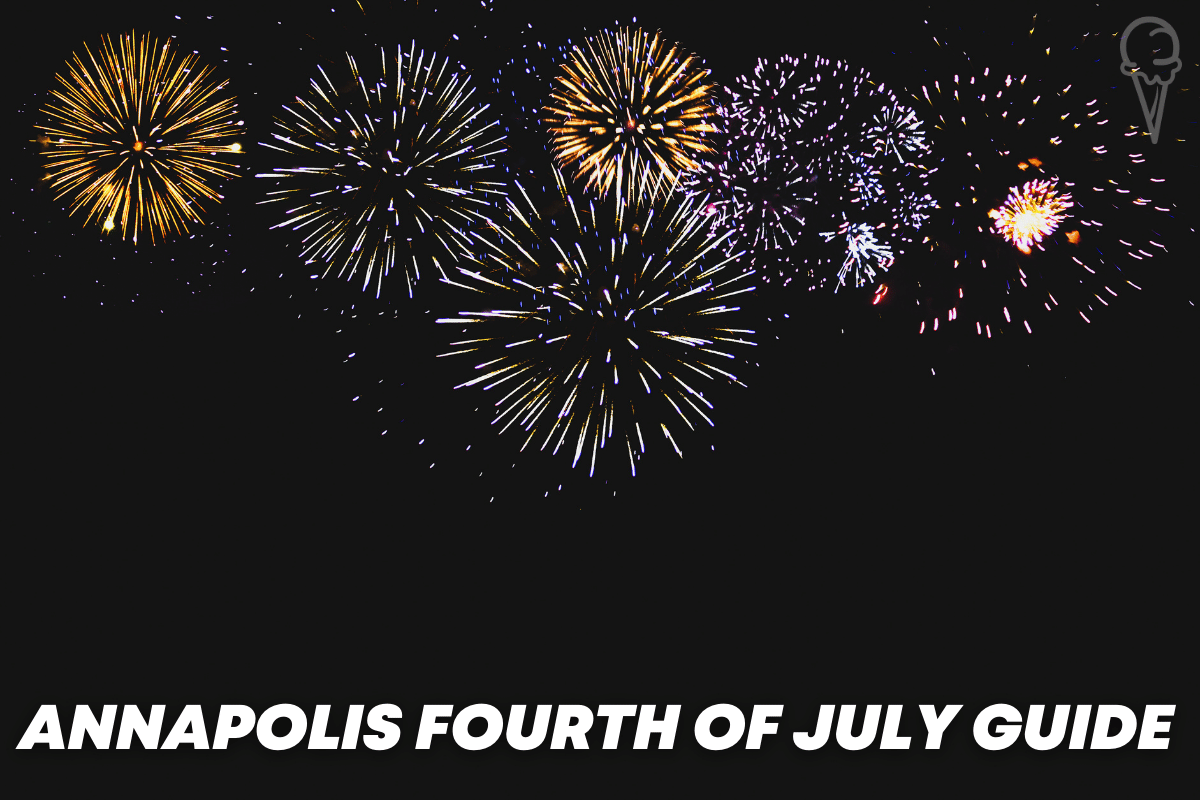 Ok this isn't specifically for Fourth of July but put on your most patriotic clothes and go eat some terrific food.

Dinner Under the Stars

It wouldn't be an Annapolis summer Saturday without Dinner Under the Stars. Grab an al fresco bite at Stan and Joe's, 49 West, Luna Blu, Rams Head Tavern, or Tsunami and eat right in the middle of West Street. Live music and entertainment from Pure Motown, the Moonlighters, Naptown Funk, and the Ballet Theatre of Maryland. See full schedule.

Got your own boat? Head down the Severn for the legendary Sherwood Forest fireworks. The show starts just after sundown!

Don't have your own boat and can't find any friends that will let you freeload... I mean, join? Hop on a Watermark boat! They've got a better bar anyway.

Annapolis parade and fireworks over the harbor

Annapolis is having an evening parade this year, which I find quite exciting. The parade starts at 6:30 PM at Amos Garrett Boulevard and proceeds along West Street, around Church Circle, and down Main Street. Afterwards at 8 PM, the Naval Academy Band will perform patriotic music followed by the Blues & Gold at Annapolis City Dock.

Around 9:15 PM, a grand fireworks display will launch from a barge in the harbor. The best viewing places will be at City Dock, the Naval Academy Bridge, street end parks facing the harbor, a stand up paddleboard, and of course... on a boat in the harbor itself. Hop on with Watermark if you don't have one of your own. There will be a 1,000-foot safety zone around the barge in all directions and the draw span of the Eastport Bridge will be closed form 8:30 to 11 PM.

The Eastport bridge will be closed to traffic towards downtown at 6 PM and remain closed until 10 PM.

Eastport's parade is the morning of July 4th. Marching starts at 10:30 AM sharp and the route goes from Eastport Elementary to Severn Avenue to Fourth Street to Chester Avenue to Turner Park. There will be a party at the park afterwards with awards, games, ponies, and frozen treats. There will even be free hot dogs and snacks at the party!

Registration starts at 9:30 AM at Eastport Elementary.

This year's theme is Celebrating our Rich History. Filling the role of Grand Marshall is Kevin Sosnowski, 4th generation owner of Goska's Liquors. We don't have route information but will update you as soon as we do.

Don't miss the kids decorated bike contest at the Chamber of Commerce starting at 9:15 AM. 1 Holly Avenue.

Bring your A-game if you're in the parade. Prizes will be given for Best Overall, Best Theme, and Most Patriotic (sponsored by yours truly).

The always cute West Annapolis parade is scheduled for 9 to 10 AM. Last year we stepped off at Wardour Circle and marched to West Annapolis Elementary. Once we confirm the route, we'll update you.

Starting at 4 PM on July 4 and going until 10:30 PM, there will be no parking (with towing enforcement) in the following areas:

Resident only parking: (2 PM to midnight)

The downtown shuttle will run from 8 AM to midnight on July 4.

Annapolis will also run free shuttles from Navy-Marine Corps Memorial Stadium to Lawyers Mall from 4:30 PM to midnight on July 4.

There will be no regular Annapolis Transit Bus Service on July 4.

The Eastport bridge will not open July 4 between 8:30 PM and 11 PM. There will also be a 1,000 foot safety zone around the fireworks barge. Boaters are encouraged to select their anchorage well in advance of the fireworks show.

The Anne Arundel County Public Library will be closed July 4.

Before and during fireworks

Vehicular traffic will be denied access to the downtown area beginning at 5 PM until approximately 10:30 PM  Road blocks will also be set up in the following locations:

Traffic will be allowed to flow down Duke of Gloucester Street from Church Circle and into Eastport via one lane (not into downtown Annapolis) until 9 PM. At that time, the Spa Creek Bridge will be closed and Duke of Gloucester Street will be closed to ensure pedestrian safety and to facilitate the movement of foot traffic leaving the area after the fireworks display.