What is the Annapolis Film Festival?

2022 is a special year for the Annapolis Film Festival. We haven’t had an in-person festival for 2 years because of you-know-what. This is also the first time in AFF’s 10-year history that founders Patti White and Lee Anderson have their own film on the slate. 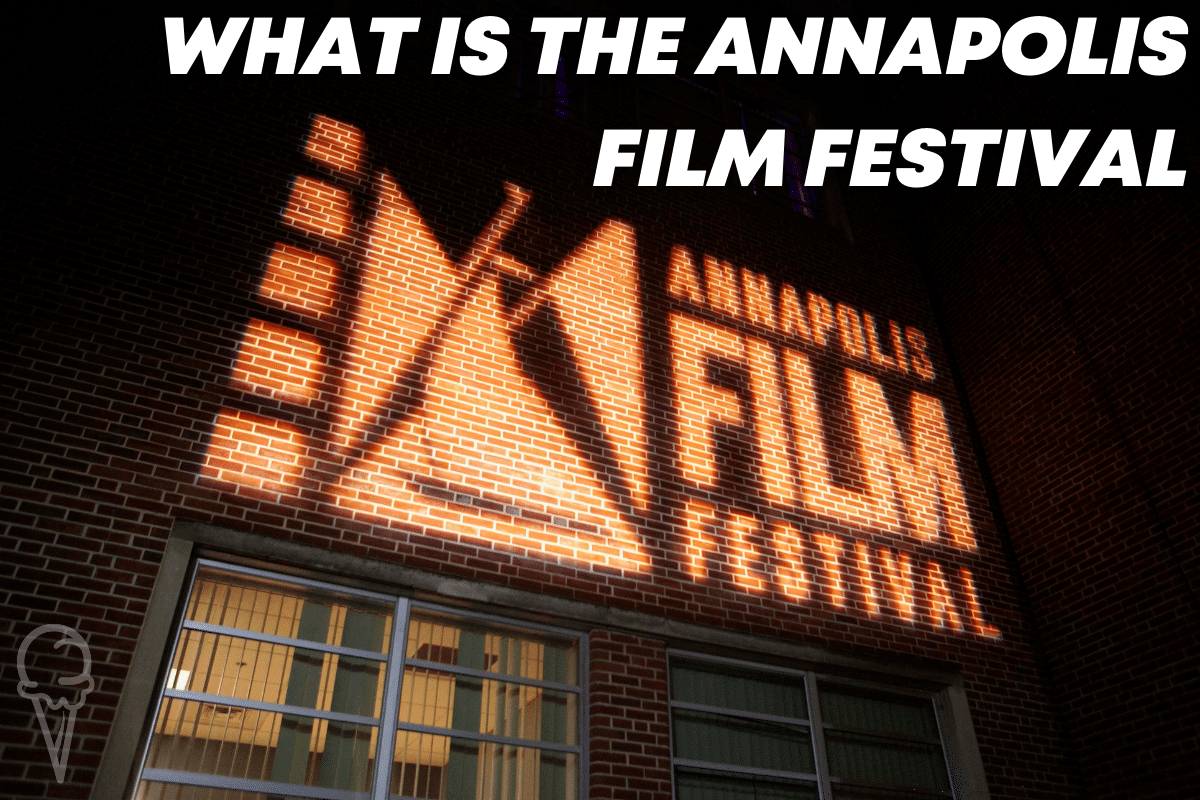 All good stories start at the beginning. Except maybe David Fincher’s Fight Club, Orson Welles’ Citizen Kane, and well... you get it. Our story starts with Lee and Patti at the Rocky Mountain Film Festival in 2011.

The festival was so inspiring that Lee and Patti wanted to recreate it back home in Annapolis. They wanted something special for locals, but also something film lovers from Baltimore and D.C. would have no choice but to attend.

So in the back room of 49 West, they hatched a plan. 18 months later, the first Annapolis Film Festival was born. You wouldn’t recognize it compared to today’s version. They only showed short films and only 2,600 people attended. 2,600 is epic for an inaugural event. But compared to the 12,500 who attended in 2019...

Naptown Scoop writes some fantastic ads for our partners. We’ve roasted Nicholas Cage. We’ve told the story of my 40-year old college couch. But we’ve never written anything as good as the slogan for that first festival:

Get into our shorts.

Lee and Patti had a great idea and a great slogan. But they needed a theatre.

So they went to every friend they could think of. Most, but not all, said no. Joe Barsin, co-owner of Citizen Pride, heard about the festival through the Arts Council of Anne Arundel County. He designed the logo and a postcard. He’s still involved.

In fact, Joe and Eva Barsin ate lunch with us at Paul’s Homewood Cafe (delicious btw) while I interviewed Lee and Patti. Those banners on Main Street? Festival tee shirts? All Joe.

A friend from Maryland Hall said, “It’s against my judgement. But you two might actually pull this off.” That first year, Maryland Hall let them use the theatre for free.

Living in the 21st century is awesome. Every minute, people around the world upload 21 days worth of video to YouTube. If you watched Netflix 24 hours a day, it would take more than 4 years to finish everything. I once heard Matthew McConaughey say, “Too many options will make a tyrant of us all.”

Curation is when someone filters through the noise to select the best possible option for an audience. That’s where the AFF screening committee comes in.  They screen the films submitted to the festival and help the Director of Programming, Derek Horne, narrow down options.

They watch hundreds of hours of movies with one goal: Choosing the absolute best for Annapolis. They think about what’s important to our town. The issues we face. The triumphs we’ve had.

Because of this thoughtful curation, The Annapolis Film Festival has something for everyone. Something really cool they do is define showcases focusing on diverse groups. Here’s what we’ve got this year:

These showcases prove how tuned in the festival is to Annapolis’s current demographics. Black history and pride is experiencing a passion like we’ve never seen. Look around. We’ve got new murals of Thurgood Marshall, Carlester Smith (AKA the Walking Man), and Carr’s Beach. Maryland’s even moving to preserve the once Black-only beach near the aforementioned Carr’s Beach.

Why build your own theaters?

But then you couldn’t walk the festival.

Walking is critical to Lee and Patti. Strolling from venue to venue gives you the opportunity to be part of Annapolis, make new friends, and process what you just watched.

When I asked Lee what advice she’d give to an Annapolis Film Festival virgin, she said without hesitation:

On her left, Joe Barsin nodded in agreement. Patti chimed in with her own insight.

It was the last day of the festival. Lee and Patti have a small group of volunteers that work all weekend. No shifts. By the last day, everyone’s tired. In Lee’s exact words, that’s when shit happens.

One of Lee’s rules—maybe her cardinal rule—is don’t leave the keys unattended in the rental van. So it’s Sunday night. The crew is loading up at Maryland Hall. And you can guess what happened.

Lee found the van running in the loading bay. Nobody inside. So she did what any good boss would do.

She stole the van.

She ran back as fast as she could to avoid raising suspicion. Slowly, she saw a wave of panic spreading through the room. The van driver whispered in someone’s ear. The whispers continued. Don’t tell Lee. We found the van but we can’t find the key.

At some point, Lee catches the producer’s eye and flashes the key. “You’re evil” she mouths at Lee. “He needs to learn” Lee mouthed back.

Eventually, the driver faced the music. He told Lee they lost the van. But they found it! But there’s still bad news. They can’t find the keys. Like a disappointed parent, Lee spat, “You did what?!?”

Then she showed him the key.

The festival attracts tons of special guests. One time, a cousin of Chris Haley (nephew of Alex Haley) came from Ghana. He was the 9th descendent of Kunta Kinte.  After chatting with him, a local musician wanted to show him something memorable.

So they took him to the Alex Haley statue at City Dock. If you didn’t know, that sits where Kunta Kinte would have been sold into slavery 250 years prior.

The man was overwhelmed. Tears streamed down his face, song flew from his lips, and he knelt down at the water’s edge.

First, check out this year’s slate. Then get your passes for the whole weekend or tickets for individual films. You can do both of those things on the Annapolis Film Festival’s official website.

Then, check out the comprehensive guide for enjoying the festival. Everything you could ever want to know is right here. Where the theaters are, where to stay, where to eat, and what special events are going on.

We can’t wait to see you at the festival!